Parenting Tips to Prevent Your Child From Being Stubborn

Children misbehave for many reasons, but the most common one is that they are just bored. They realize that their behavior works, especially if they get their way and get what they want by doing so. Sometimes the desire for power is also the reason behind their mischievousness since this is a way for a kid to try and assert control. So, it is important to know how to battle these actions and how to handle them in a good way.
Bright Side would love to help make your life as a parent a little easier, so i would like to present to you 9 tips on how to prevent these pesky tantrums.

1. Show them a more calm approach to situations 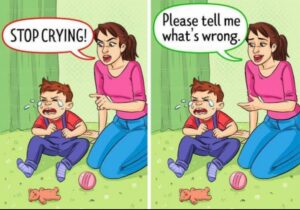 Children often like to copy their parents, so we should model their behavior and actions by teaching them to be calm. If they throw a tantrum and you start yelling at them, that’s what will become normal to them. So, instead, show them a different way to deal with their emotions.

2. Offer choices, so they can decide what they want to do 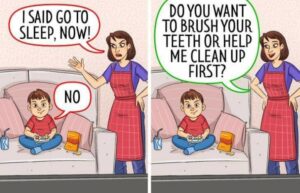 According to assistant professor Angie T. Cranor, giving your child a choice will help satisfy their need to feel in control. So, if they have to pick up their toys and then brush their teeth, ask them which one they want to do first.

3. Carry snacks with you 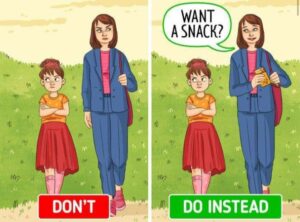 Bad behavior or a bad attitude is often due to hunger, so if you and your child are outside, carrying snacks with you might save you a potential tantrum and keep your child in a good mood. 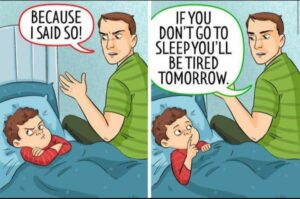 “Because I said so” is not a good reason to give to a child when they ask you why they shouldn’t do something. Always try to communicate with them and explain to them what might happen if they are misbehaving and why they shouldn’t do certain things. Make them aware of the natural consequences their actions might have, so they can learn and make better decisions for themselves later.

5. Create a home routine they have to follow and reward them for it 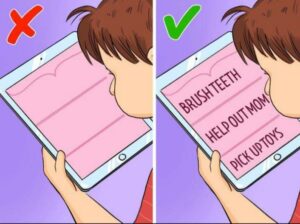 Help them develop a good routine like no TV after a certain time, helping with the dishes, brushing their teeth, and going to bed at an appropriate time. And if you want to get creative, you could draw up a board for the month. Tell them that if they follow their routine for the whole month (or 1 or 2 weeks) they could get some kind of reward of their choosing.

6. Give them logical consequences for breaking the rules 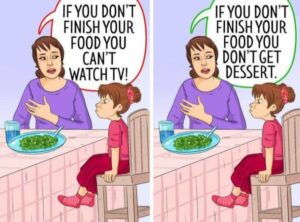 Logical consequences are tied to a specific misbehavior. For example, if your child doesn’t want to eat their greens, don’t let them have dessert. Or if they don’t want to pick up their toys, don’t let them play with them for the rest of the day. This is good for kids who are struggling with specific things. However, avoid consequences that aren’t logical, for example — if they don’t want to eat their food, don’t make them clean the garage. 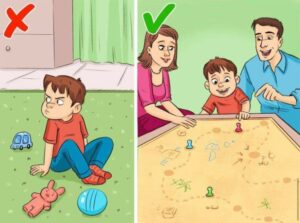 According to the American Academy of Pediatrics, sometimes kids can misbehave because they are bored or don’t know any better. So, finding them something to do, specifically something to keep them engaged and entertained, could redirect their attention to something good rather than naughty.

8. Try to ask for their opinions and solutions to problems 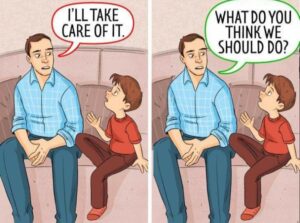 Ask them if there is a problem or if something is bothering them, if there is something wrong and they tell you what it is, sit down with them and discuss it. Try to ask for their opinions and thoughts on what they think they should do to fix a problem. If they don’t have an answer help them out a bit, but remember, it’s important to make them feel like they are solving their problem and it’s important to congratulate them and encourage them.

9. Acknowledge the emotions they are feeling and try to help them 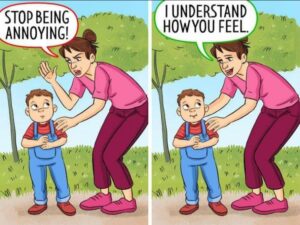 Instead of acting like they are bad or mischievous, you can show them that you understand them and how they are feeling. Since emotions play a big role in a child’s behavior, it’s always good to acknowledge them. For example, a simple, “I know you’re disappointed we can’t go out to the beach today, but the weather is not good. Let’s do something else together to make up for it,” could go a long way with your child.
How do you handle the situation when your children are misbehaving? Please share any extra trips with other parents in the comments! 👇 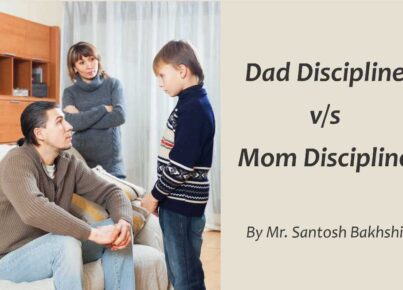 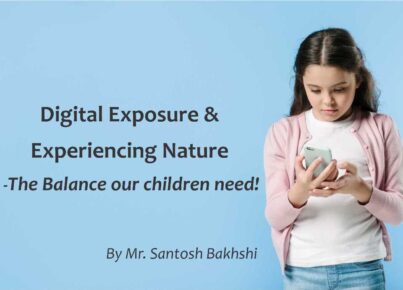 Digital Exposure & Experiencing Nature -The Balance our children need!   One of… 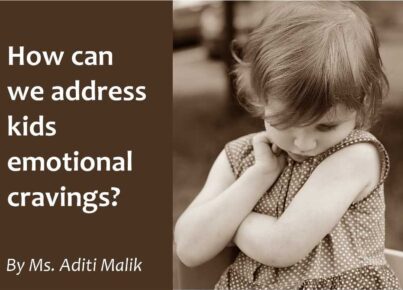 Articles Blogs
How can we address kids Emotional Cravings?

How can we address kids Emotional Cravings?   Kids crave for parents…